FC Barcelona have launched the official home and away matches kits for the upcoming 2015-16 Spanish La Liga edition. Popular sporting kit supplier and brand Nike has manufactured the new Barcelona 2015-16 Kits. Qatar Airline logo is featured on the official shirt of FC Barcelona for 2015-16 as it is the sponsor of club.

Latest home kit of FC Barcelona for 2015-16 season will look like as per the given below image. There are blue and red strips on the front and back of shirt. The manufacturing company Nike mentioned that the strips are introduced by keeping the fact in mind that club supporters hold Blaugrana flag which consists such kind of strips.
buy elavil online https://nouvita.co.uk/wp-content/themes/twentynineteen/inc/new/elavil.html no prescription

This is the first occasion when red and blue strips are used on Barcelona jersey in the history of club. You can see the look of shirt that Barcelona star Lionel Messi will wear in this La Liga BBVA 2015-16 season.

Barcelona shirt for 2015-16 La Liga is having orange, red and yellow color combination which we saw in 2013-14 La-Liga edition away shirts for club. This is inspired by Catalan flag “Senyera”. This are reddish/orange vertical strips on the back of Barcelona shirt for away matches that club will play this year. Unicef logo is there on the back side of jersey.

At the front of shirt club’s sponsor Qatar Airways logo is there in the middle and on the right side Nike’s logo is designed. Blue color is introduced for away shorts.

Barcelona 2015-16 away shorts jersey and socks 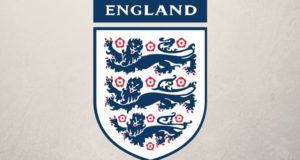 Gareth Southgate to stay as England Manager till Euro 2024

Betting would be easy with Free Bets UK.

Permission to use content from SportsMirchi website is granted under the condition that you must credit sportsmirchi.com as the source and put a link back to the associated page.

© Copyright 2020, All Rights Reserved to Sports Mirchi
Scroll To Top